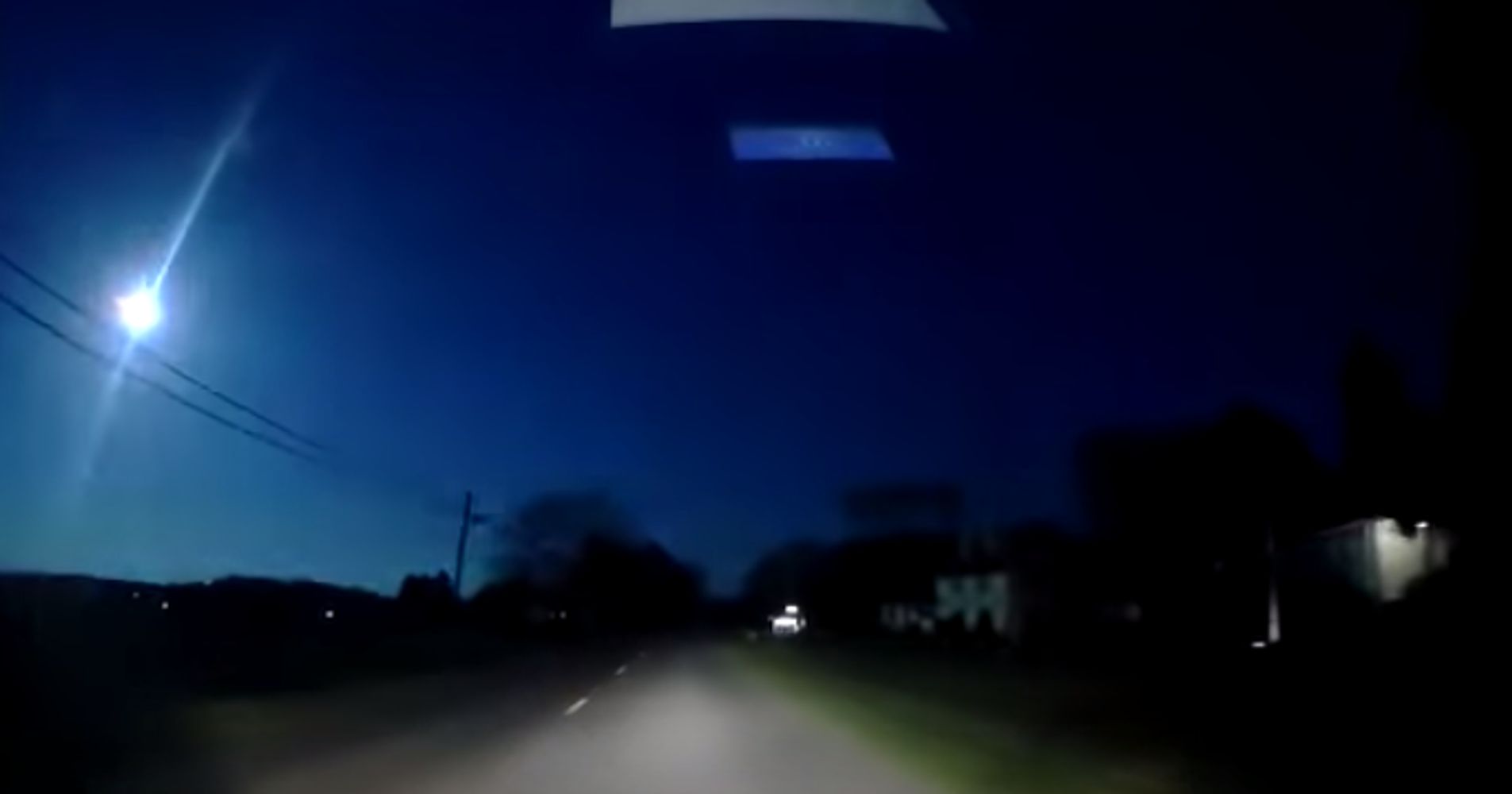 A meteor flashed across the night sky on Tuesday, leaving a bright blue-green trail that was visible in at least a dozen states across the East Coast.

Hundreds of lucky viewers from South Carolina to New Hampshire reported seeing the meteor just before 11 p.m. EDT on Tuesday, according to NASA.

The American Meteor Society (AMS) said it received 325 reports about the fireball. One observer from Egg Harbor Township, New Jersey, told the AMS, “It was so bright and large I was left standing there almost in shock.” Another sky watcher from Galloway, New Jersey, said, “It lit up the sky as if it were daytime.”

An observer from Chestertown, Maryland, said, “I have never seen anything like it, and I doubt I ever will again!”

Meteors, also known as “shooting stars,” are the visible paths of asteroid or comet fragments that have entered the Earth’s atmosphere. Atmospheric friction causes the fragments to slow down, heat up and explode.

William Cooke, an astronomer with NASA’s Meteoroid Environment Office, confirmed to HuffPost that the meteor was bright enough to be classified as a fireball ― which means it was brighter than the planet Venus.

Combining data from eyewitness accounts and videos, NASA estimates the fireball event began about 2 miles east of Island Beach, New Jersey, about 57 miles above the Atlantic coastline. It ended about 50 miles east of Ocean City, Virginia. Judging from the fireball’s brightness and orbit, NASA guesses it was caused by a piece of a Jupiter family comet, about 10 inches in diameter and weighing about 60 pounds.

Cooke said that his office typically identifies two to three similar meteor events per month that occur somewhere in the U.S. People in Florida and Georgia spotted a meteor burning bright green in the sky just last month.

But this particular meteor has attracted attention because it took a path along the densely populated Atlantic coastline, Cooke said. The meteor also exploded at a time when many people are still outside.

The National Oceanic and Atmospheric Administration, a federal agency that tracks severe weather, confirmed that its instruments picked up evidence of the fireball as it exploded in Earth’s atmosphere.

Don’t worry, if you live along the East Coast and saw a bright blue/green light streaking across the sky last night; you’re not crazy. #GOESEast‘s Geostationary Lightning Mapper saw the #meteor too! More imagery: https://t.co/1vd48CRq4K pic.twitter.com/Ry0Ntpz2EE

Witnesses turned to social media to share their images of the event. Many were able to record videos from their car dashboard cameras or from security cameras.

Huge #meteor visible from #DC at 10:57 pm. Retweet and/or DM me for more details. pic.twitter.com/2hTsJhVnj1

Meteor captured by my camera over the Chesapeake Bay/ mouth of the Potomac in the Northern Neck of Virginia. #meteor @capitalweather @WTOP @wusa9 @nbcwashington pic.twitter.com/BPePFwDXe5

Best clip I’ve been able to find of the epic #Meteor tonight.

I’m in Portsmouth, Virginia – and as you can see, the duration of this event was noteworthy.

Although it only burned for a few seconds, the fireball seems to have had a significant impact on the people who were lucky enough to spot it.

An observer from Haymarket, Virginia, told the AMS, “It was one of the coolest things I’ve ever seen.”

“I will probably never see one again, but, I am now hooked and will look every night!” the person reported.