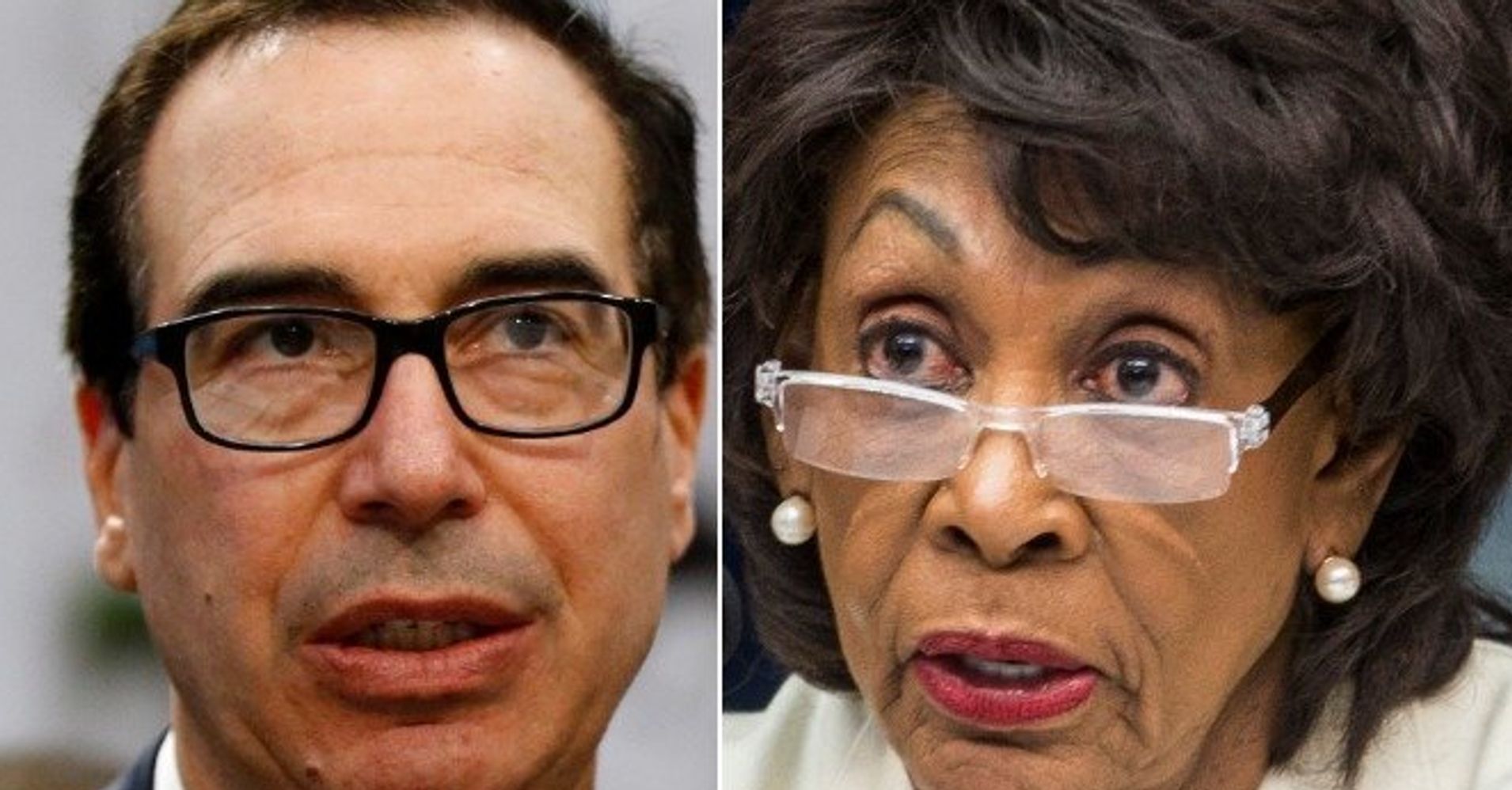 Treasure Secretary Steven Mnuchin and House Financial Services Committee Chair Maxine Waters (D-Calif.) really got into it during a hearing on Tuesday.

Mnuchin wanted to leave and attend another “important” meeting and he vowed to not return to the committee for a planned hearing in May if it didn’t adjourn in time.

“If you’d wish to keep me here so I don’t have my important meeting and continue to grill me, then we can do that,” Mnuchin said. “I will cancel my meeting and I will not be back here. I will be very clear.”

Waters was happy to accept his offer.

“The secretary has agreed to stay to hear all of the rest of the members,” she said, then addressed Mnuchin. “Please cancel your meeting and respect our time.”

“You’re instructing me to stay here,” he said.

“No,” Waters replied. “You just made me an offer.”

“You made me an offer that I accepted,” she said.

When Waters wouldn’t back down, Mnuchin attempted to mansplain her on how to end the hearing.

“Please dismiss everybody. I believe you are supposed to take the gravel and bang it,” he said and mimed banging a gavel.

“Please do not instruct me as to how I am to conduct this committee,” she shot back.

Waters and Mnuchin have clashed before. During a 2017 hearing, she asked him why he hadn’t responded to a letter sent by the Democrats. Instead of replying, he began by thanking her for representing California. Since lawmakers only have a limited amount of time for their questions and answers, Waters interrupted him with what would become her catchphrase.

“Reclaiming my time,” she said each time he veered off topic to restore her time to the clock.

Back then, Democrats were in the minority and Waters was the committee’s ranking member. Now, she serves as its chair and she wasn’t shy about reminding Mnuchin of that fact when he complained about the difference in treatment he received when the Republicans were in charge.

Critics on social media took Mnuchin to task for trying to order Waters into banging her “gravel”:

Can we say it out loud: if Maxine Waters was Max Waters, a white man, Mnuchin wouldn’t dare be so fresh and rude.

Steve Mnuchin mansplained Maxine Waters’ job today by suggesting she end her own hearing by, “picking up the gravel and banging it.”

No Steve. Hearings are adjourned be a gavel. Gravel is what people slept on when you repossessed their homes and kicked them out into the street.

Maxine Waters: “no other secretary has ever told us the day before that they were going to limit their time.” Mnuchin then backs himself into a corner and a lot of excuses accompany his red-faced stammering.

Make no mistake, he would not disrespect a white man in this same way. pic.twitter.com/vyGtrpWE6v

This is kind of beautiful. https://t.co/d2jDeyzho9

To be clear, if Auntie Maxine Waters were an old rich white GOP sycophant, the ever corrupt, trashy and creepy Steve Mnuchin would’ve never been this blatantly rude and disrespectful. Thank goodness Maxine Waters wasn’t having any of that shit.pic.twitter.com/bb0CpxDgDs