Sarah Huckabee Sanders: Trump Was ‘Making A Joke’ When He Said He Loved Wikileaks

Sarah Huckabee Sanders: Trump Was ‘Making A Joke’ When He Said He Loved Wikileaks 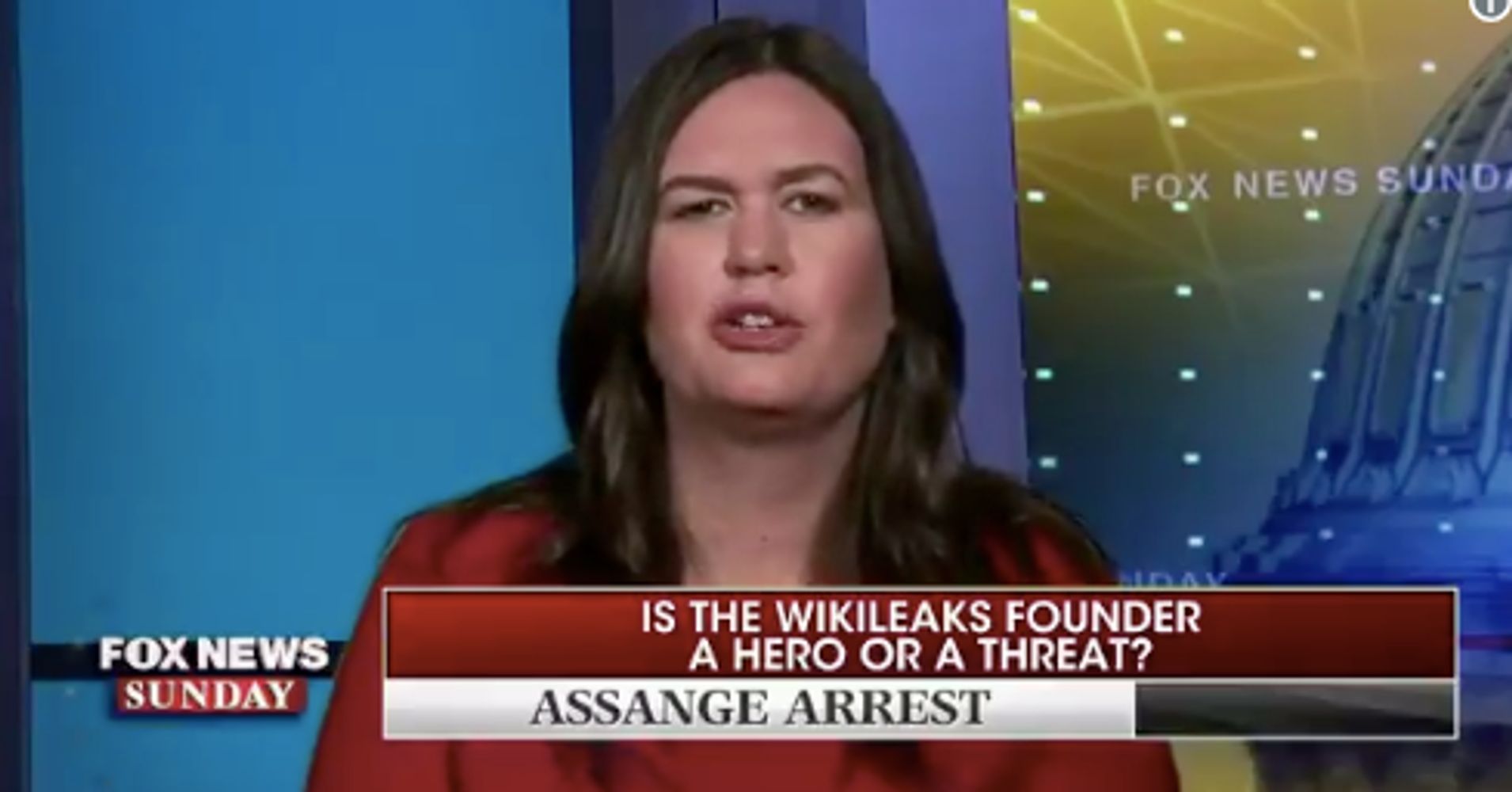 White House press secretary Sarah Huckabee Sanders on Sunday claimed President Donald Trump was only joking when he repeatedly praised Wikileaks ahead of the 2016 election.

″Look, clearly the president was making a joke during the 2016 campaign,” Sanders told “Fox News Sunday.”

Sanders said the Trump administration “certainly takes serious” the case against Wikileaks co-founder Julian Assange, who was arrested Thursday on a charge of conspiring to hack into U.S. government computers in 2010.

Then-candidate Trump told his supporters more than 140 times in the months leading up to the 2016 presidential election that he loved Wikileaks, an organization that publishes classified information from anonymous sources.

Wikileaks, at the time, had posted tens of thousands of hacked Democratic National Committee emails that proved damaging to Trump’s opponent, Hillary Clinton.

“I love Wikileaks,” Trump told the crowd at a rally in Pennsylvania on Oct. 10, 2016. Roughly two weeks later, he praised the controversial website as a “treasure trove” at a campaign event in Michigan.

But the president claimed to be clueless about Wikileaks when asked whether he still loves the site on Thursday.

“I know nothing about Wikileaks. It’s not my thing,” he told reporters at the White House. “I know there is something having to do with Julian Assange.”

His comments were only the latest seemingly contradictory remarks he’s made on Wikileaks and Assange. Despite tweeting about Assange several times in recent years, Trump claimed last November that he didn’t know “anything” about the 47-year-old computer programmer.

Assange was arrested in London after his diplomatic immunity status had been terminated at the Ecuadorian embassy, where he had been holed up for nearly seven years. His ouster from those premises exposes him to U.S. extradition.

If convicted, Assange faces up to five years in prison on the charge.