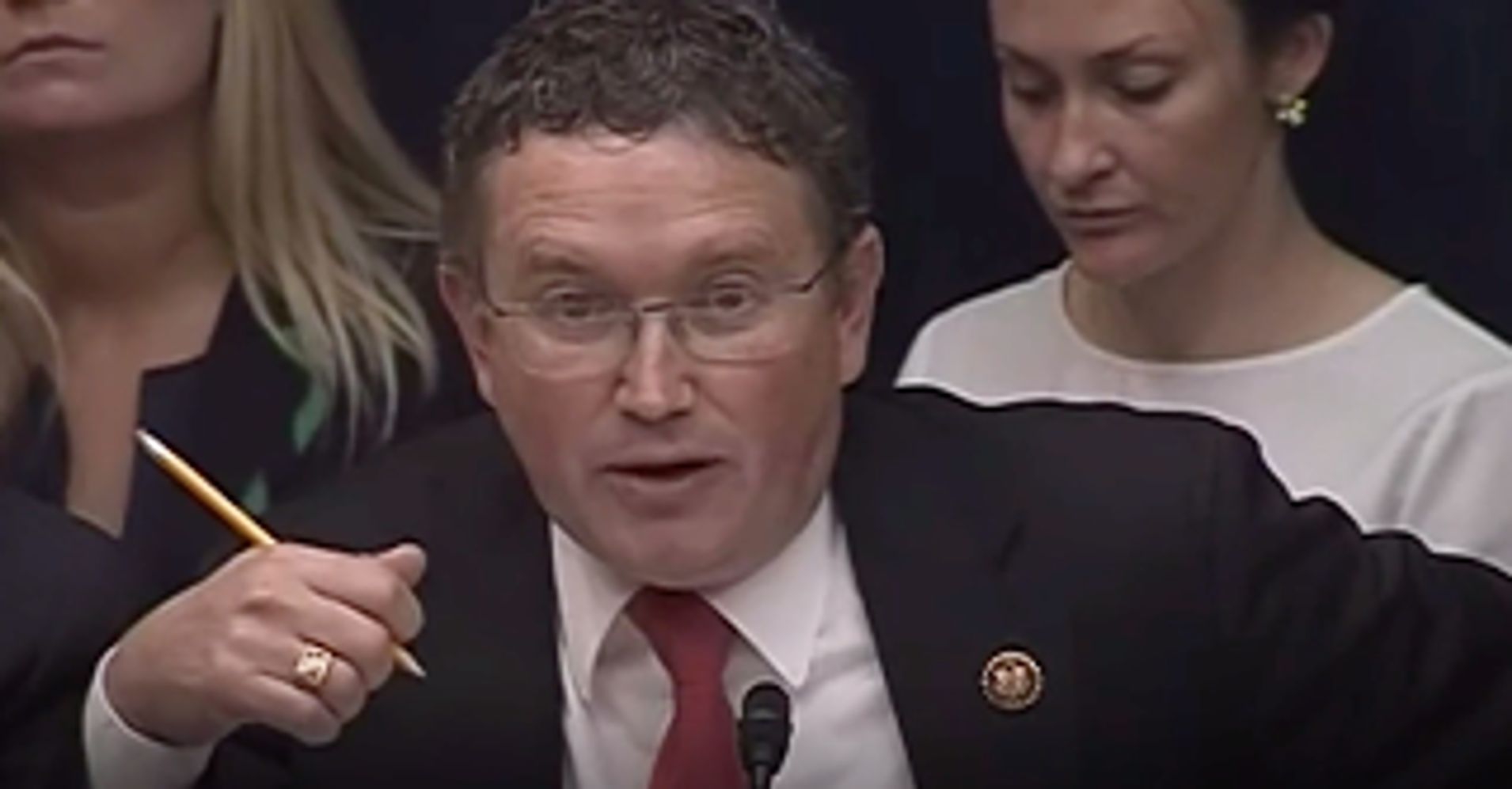 A Republican congressman attempted to question former Secretary of State John Kerry during a hearing on climate change by making clear he has no idea how college degrees ― or climate science ― work.

Massie: Secretary Kerry, I want to read part of your statement back to you: “Instead of convening a kangaroo court, the president might want to talk with the educated adults he once trusted to fill his top national security positions.” It sounds like you’re questioning the credentials of the president’s advisers currently, but I don’t think we should question your credentials today. Isn’t it true you have a science degree from Yale?

Kerry: A bachelor of arts degree.

Massie: Is it a political science degree?

Massie: So how do you get a bachelor of arts in a science [degree]?

Massie: OK, so it’s not really science. So I think it’s somewhat appropriate that someone with a pseudoscience degree is here pushing pseudoscience in front of our committee today.

Kerry: Are you serious? This is really, seriously happening here?

Massie: You know what? It is serious, you’re calling the president’s Cabinet a kangaroo court, is that serious?

Massie: Are you saying he doesn’t have educated adults there now?

Kerry: I don’t know who he it yet, because it’s secret.

Massie also challenged Kerry on why carbon dioxide levels were higher on Earth millions of years ago compared to now, The Washington Post reported.

“But there weren’t human beings. That was a different world, folks,” Kerry responded.

Massie also asked Kerry if geology stopped “when we got on the planet?”

“This is just not a serious conversation,” Kerry responded.