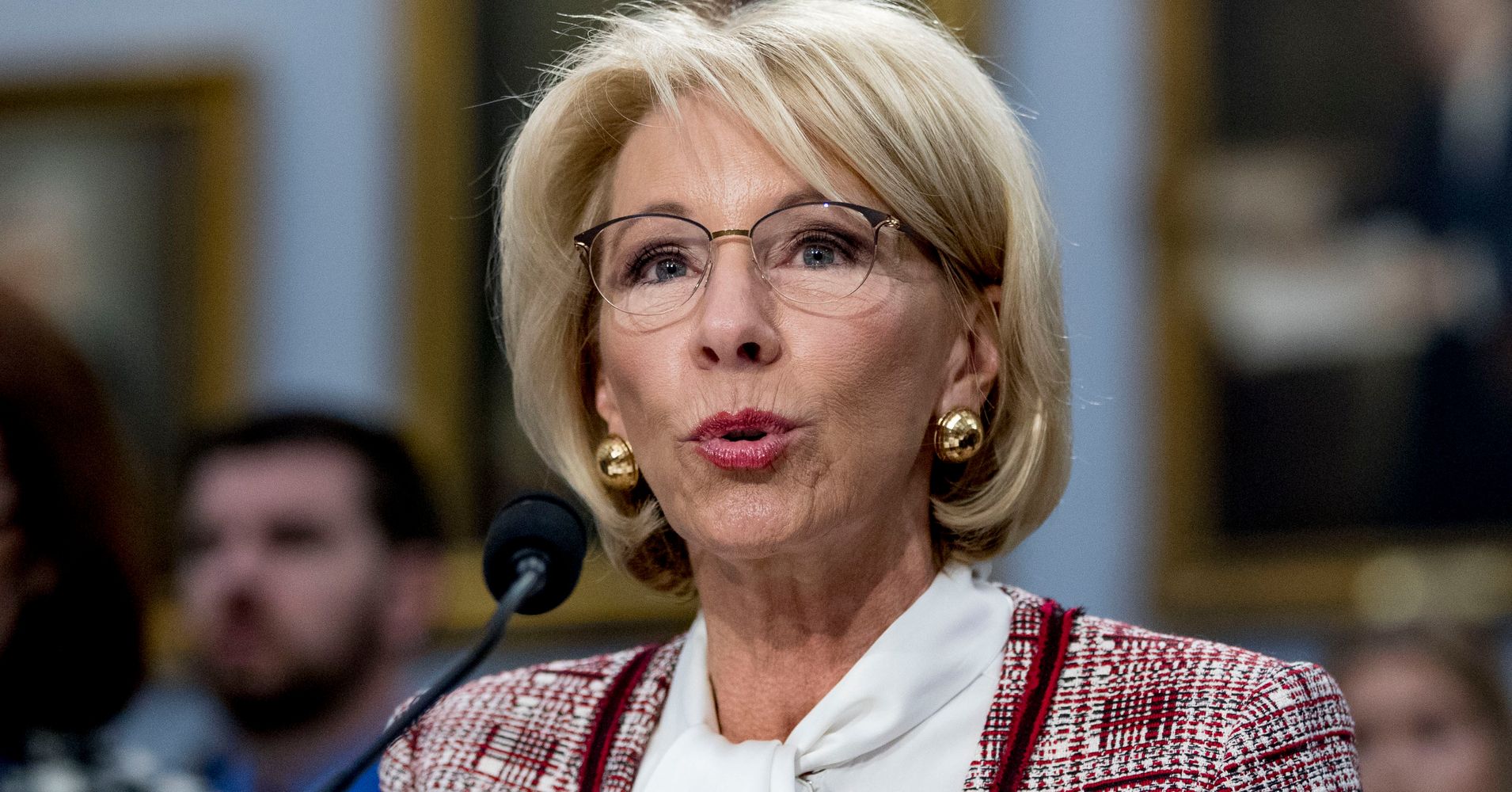 Education Secretary Betsy DeVos tried to defend the department’s proposed budget cuts ― including the elimination of funding for the Special Olympics ― in a hearing before House lawmakers on Tuesday.

According to Education Week, the proposal released earlier this month would gut at least 29 programs in an attempt to save some $7 billion.

“We had to make some difficult decisions with this budget,” DeVos told a House subcommittee.

“Madam Secretary, I have to say, and maybe it’s offensive: Shame on you,” Rep. Rosa DeLauro (D-Conn.) said per CNN.

The suggested budget has little chance of making it into law; the Trump administration has proposed similar cuts in previous years that didn’t pass when Republicans controlled the House. With Democrats now holding the purse strings, it’s even less likely to pass.

But if the Special Olympics cuts were enacted, more than 10 percent of the organization’s revenue would be impacted.

Rep. Mark Pocan (D-Wis.) asked DeVos how many kids would be affected by the proposed Special Olympics cuts.

DeVos admitted that the Special Olympics was an “awesome organization” but noted that it also received support from philanthropic groups. DeVos, a billionaire, even donated a portion of her salary to the organization last year. More than two years ago, she met with Special Olympics athletes and shared this image on Twitter:

It was great to spend time with the @SpecialOlympics athletes! Thanks for all you do, @TimShriver. https://t.co/tCrpx40xaN

This week, that old image received many new replies:

did you decide to strip all the funding and dignity from these athletes before or after you used them as literal props?

You are truly an evil human being.

The blithe cruelty in this hypocrisy is absolutely astounding.

You are a horrible person, and you should feel bad for targeting disabled programs for budget cuts. These kids need MORE supports, not less.

You dare call yourself a Christian. Matthew 25:40 should be tattooed across your forehead so you see it every time you look in a mirror

Shame on you, everyone supporting this administration and what it’s doing to the world.