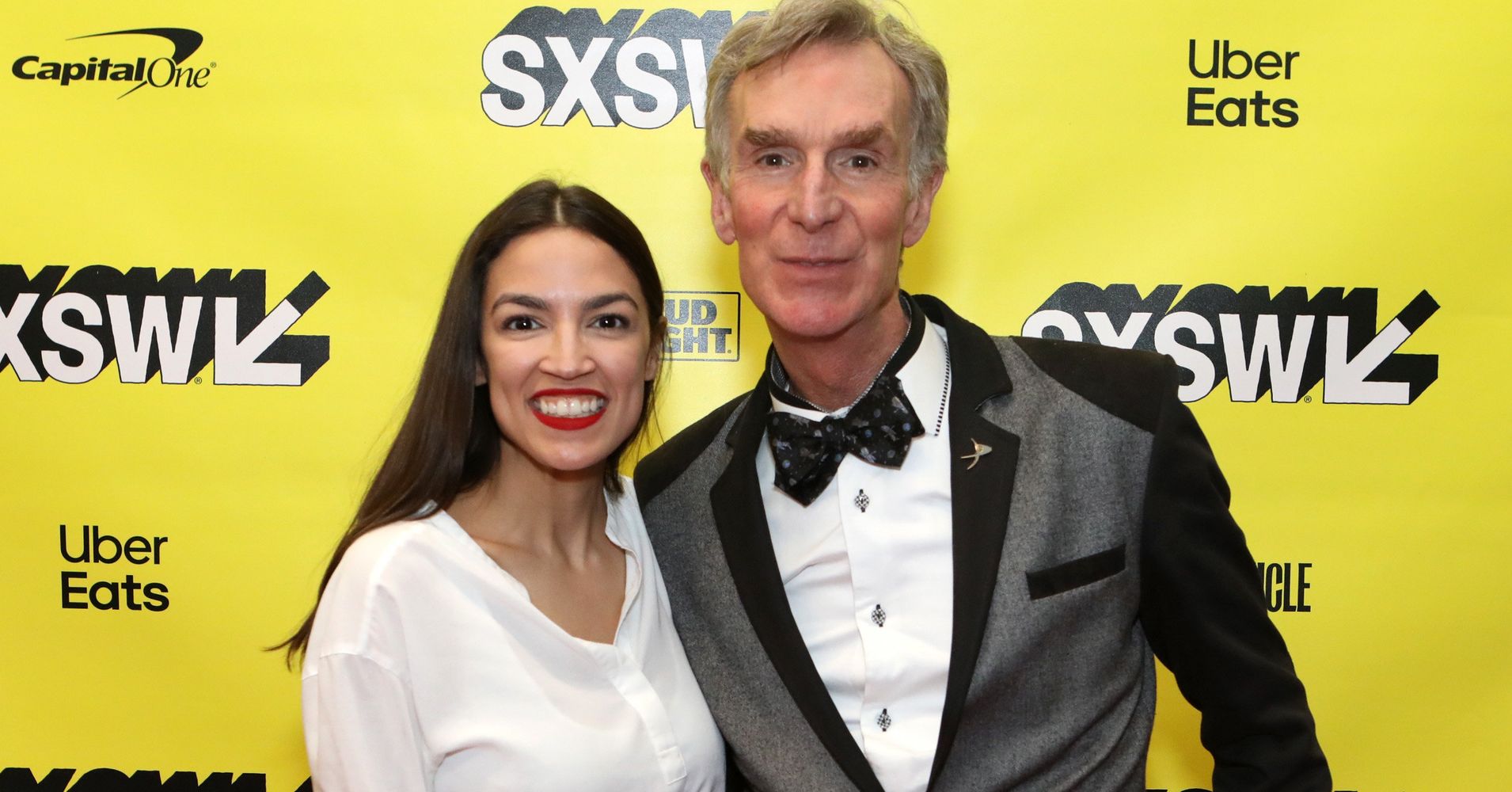 The TV scientist offered his support for the freshman congresswoman Saturday on Twitter from the South by Southwest festival in Austin, Texas, where talks are held by leaders in a variety of industries including media, tech, politics and the arts.

“AOC gets it,” Nye wrote, praising her for recognizing that “fear is dividing us” and calling for attention to economic inequality and climate change:

AOC gets it. She sees that fear is dividing us. We can address income inequality. We can address climate change, if we get together and get to work. #SXSW @AOC pic.twitter.com/I8tSbAc97u

Ocasio-Cortez has been a major proponent of the Green New Deal, a resolution she co-authored with Sen. Ed Markey (D-Mass.) that lays out an ambitious 10-year plan to address climate change and improve the economy for all Americans.

Among its ideas are upgrading buildings to fulfill green energy standards, cutting carbon emissions from autos and agriculture, promoting affordable housing, providing universal health care and ensuring all U.S. citizens have a job that affords them benefits.

Nye, who has long been an environmental advocate warning against climate change, made a surprise appearance at Ocasio-Cortez’s talk where he participated in the Q&A portion.

In a video obtained by CNN, Nye argued that “people are just afraid of what will happen if we try to make these big changes” regarding environmental issues, asking about the congresswoman’s plan to handle fear among her fellow lawmakers.

“I think one of the keys to dismantling fear is dismantling a zero-sum mentality,” she said, pointing out that solutions shouldn’t come with the notion that “my gain must come at the cost of another person.”